I should preface this post by stating that there is some work required and that it is not fun and easy.  Sorry about the misleading title.  That said, my current set-up cost me about $330 and it is easily worth ten times that amount. I'm currently using a commercial E61 heat exchanger and a commercial grinder with 65mm burrs. If that sounds like a good deal to you, then keep reading.

For your purchase, know that there are two rules: 1. Be Patient; 2. Be Flexible.  Good deals take some time to surface.  In the interim, you should do several things.  First, learn everything there is to know about the operation of an espresso machine.  Seriously, the more you know, the better off you'll be.  For instance, if faced with buying a single boiler machine with a thermoblock or a heat exchanger, which one do you choose?  Surprisingly, a lot of folks choose the former despite its inferiority.  On Ebay, a V3 Rancilio Silvia routinely sells for about as much as a Nuova Simonelli Oscar, if not more.  The Silvia is pushed by every coffee nerd out there as a beginner's machine, so obviously demand pushes up its price. 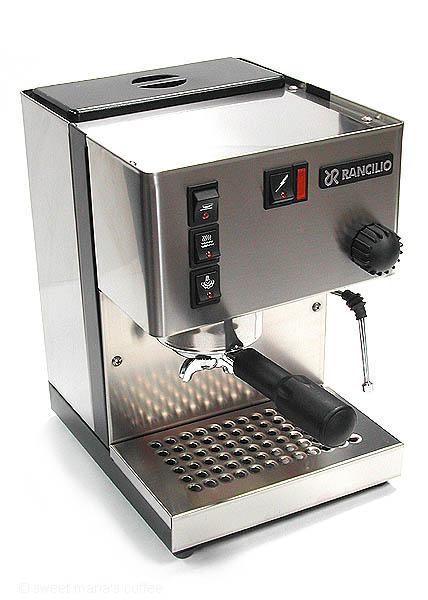 Surprisingly, branding makes a huge difference in the espresso community.  The same grinder produced by Mazzer can be rebadged as an Astoria and be sold for a nominal amount.  This is where homework comes into play.  A lot of re-badging goes on with espresso equipment, even with major names like Bunn or Grindmaster, whose products are essentially the same as the major Italian brands.  Sometimes re-badging is not the issue, but rather knowing about the less prominent players on the scene.  My espresso machine has all of the features of a Faema, Astoria, or a Pasquini, but it's an Iberital. Iberital is a Spanish company that produces parts for basically every E61 (a very common type of grouphead) machine out there. In the US, it is basically unknown. As the story goes, I got the L'Anna for $220, when it would retail for $3,000 or more. Would it have been my first choice? No. Was it even on my list? No. This is where being flexible comes into play. I knew what I wanted in a machine and the L'Anna fit the parameters.

If you've done your homework, amazing deals will actually begin to surface. I got a Mazzer Major for free. That's right, it was free. At the time that I got it, the machine was not working.  The guy that gave it to me did not have the time to fix it, which is completely understandable. However, I had the time and the resources. The Major was not without some serious issues. It would turn on but the motor would not spin and the collar adjustment wouldn't move. So, for 20 minutes, I held a really powerful hair dryer to the collar until it budged. The issue was dried up coffee gunk in the collar's threading, which I had researched online. The motor still didn't spin, but after disassembling the machine I found wiring that wasn't connected. After researching Mazzer's site, I found a wiring diagram that allowed me to re-attach the wires properly. Again, it was a matter of patience. Ultimately, I had a free (and operational) Mazzer Major after putting in about 3-4 hours worth of work. You'd be surprised how many machines get junked just because no one is willing to put in the time to repair them. Sometimes it's just a matter of descaling an espresso machine to get it working again.

For those looking to upgrade, know where to look, too.  Craiglist is far better than Ebay, although its selection is far smaller, because it cuts down on shipping and sellers are usually pressed for time.  Closing restaurants also auction their equipment on smaller, more localized websites.  Due to lower traffic, there are usually deals to be had.  On Ebay, always look for the lesser known product as there is usually less competition for it.  Check out coffee-specific forums, too.  Sometimes they have sections for sale items. If you check out these sites on a regular basis (maybe twice a day), you'll generally find a good deal in a matter of weeks.

And there you have it... Be Patient. Be Flexible.