Ah, good ol' Grumpy.  This was the last stop on my fantastic voyage.  My girlfriend and I were returning to Chelsea after watching Follies on Broadway (her idea, not mine), when we passed right by the café. I'd like to add that while I'm not a musical theatre fan, I appreciate the amazing production values on Broadway. The lighting in Follies was incredible; some of the characters truly looked like apparitions (this is what they were going for) under some of the soft green lights.  Also, I'm pretty sure that Bernadette Peters does not age. 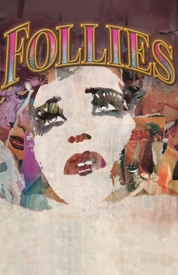 On to coffee...  Café Grumpy was its usual Über-busy self.  There were two baristas manning the brew stations.  One was focused on manipulating the beautiful Synesso machine set up towards the entrance of the shop, and the other barista was closer to the register assisting with the pour-over station.  I had their Guatemalan drip offering, which was a great recommendation by the barista.  Every now and again it's nice to have some drip, although if you've been following me up until this point, you know I'm an espresso man. The Guatemalan was a pretty decent cup.  For pour over, I was especially impressed by the body in the cup.  It was syrupy, but not overly so.  The taste was clearly on the fruitier side of things, although I got a bit of the floral notes.  This would explain why I was tasting some of Mother Nature's more perfumed offerings such as passion fruit or mandarin orange.  Its natural sweetness balanced the cup quite a bit, too.

Of course, I couldn't leave without a couple more cups of caffeine.  Goodness, I'm pretty sure I should have had a heart attack while walking the streets of Manhattan.  By the time I was ready for an espresso, there was only one barista managing the entire bar.  He was up to the task, though. He frothed up some milk and pulled a shot for my latte. Today, I read the Heartbreaker Espresso description on the Grumpy website, and when they mention notes of orange creamsicle, they must be talking its presence in their lattes. To this day, the microfoamed milk I first experienced at Grumpy is my personal favorite, and when coupled with creamsicle, it's just blissful.  On this day, the creamy microfoam held up until the last drop, and it was especially delicious.  This was a perfect cap (I'd make a pun here if I'd had a cappuccino) for my coffee tour.  I'll have to recap my findings later.